Seasoned liquid producers Hobzee and Zyon Base have been putting out solid harmonic rollers for the last five years or so, but have somehow tended to remain in the shadows of the scene somewhat. For me, their often melancholic tracks have always struck a chord, with tracks like “Ghetto Blues” being a personal favourite that combines wonderfully sombre interlocking melodies with a weighty polytone bassline.

But as liquid seems to fall out of fashion, the sparse minimalism of Autonomic, Microfunk and Shogun’s modern sounds in its place, the duo have recently embarked on a new project that reflects a similar change in attitude, and so required an appropriate new moniker – Silent Dust.

That’s not to say they’re jumping on any bandwagons though. On the contrary, their forthcoming album on their own fresh label None60 is some of the most refreshingly unique and individual music around the 170bpm mark that I’ve heard in months. 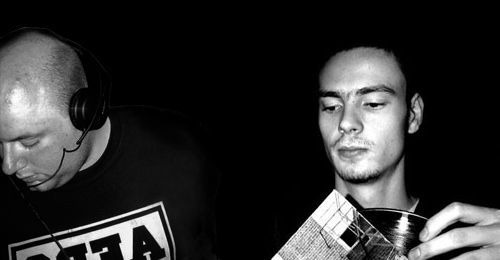 Tracks like “Typist” and “A Million Words” are ambient and gloomy in perfect measure, revealing layered atmospherics that are most definitely not aimed at the dancefloor.

And while too much music is these days compared to the ubiquitous Burial, parallels can be heard in “H.A.B.R.” with its chopped-up incomprehensible vocals and vinyl crackles that create a similarly dark soundscape. You can download it for free HERE

This invigorating change of pace in the duo’s music might have come just at the right time, as this ambient scene gains recognition and begins to establish a new environment for itself across multiple genres. Their debut album is out at the end of the month: you can listen below for a taster.

There are no older stories.