There’s an air of mystery surrounding new ambient-170 label The Crescent. Tunes on the label’s appropriately sparse Soundcloud have gone up and come down in quick succession, but there’s already a huge demand to hear more.

We were lucky enough to get a sneak preview of the label’s debut release that sees one of Manchester’s finest contemporary producers Mode step forward with two blissful offerings for the first time since his incredible Stepping Stones emerged on Exit Records’ Mosaic Volume One last year. And with Sam KDC, another of the scene’s rising stars, on remix duties (you may have noticed our tip-off a couple of days ago), this is set to be quite a revolutionary debut from this exciting new label.

Audio is being kept under lock and key for now, but we caught up with label owner Alex Crescent to shed some light on the project.

Let’s start with the obvious one; what’s the idea behind the label?

The main concept of the whole project is really to try and showcase a wide variety of great music from across the board. Ultimately I’d like our listeners to be open minded and hopefully enjoy the varied sounds that I intend on putting out.

What’s the significance of the name, The Crescent?

Well it’s just named after the place I was when I initially thought of putting this label together. That coupled with an intrigue for all things space related, just seems to make sense to me!

CRES001 features two of the scene’s rising stars – Mode and Sam KDC. Will we be seeing more from them on future releases?

I would love to say yes, but nothing is confirmed as yet. 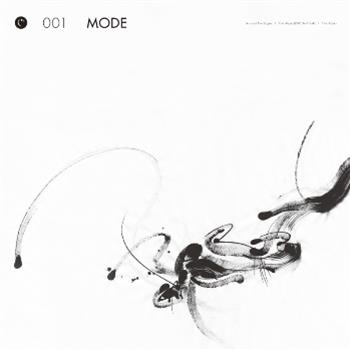 What first got you into this stripped-back style of music?

It’s hard to say really, it would be impossible to ignore the influence that the dBridge and Instra:mental Autonomic movement had on me, so for the most part I’d have to say that. Otherwise, just listening to a lot of other styles of music outside of drum and bass and appreciating simplicity and to some extent ‘minimalism’ as being a great way of making deep emotional music.

How regularly do you plan to put out music?

This is really dependent on a few things. Most importantly when we feel we have a great release, and we’re more likely to do it more often if it actually sells!

Having read your interview with KMAG, you seem to favour the medium of vinyl – and understandably so. Can vinyl collectors expect any non-digital bonuses?

Definitely. I’ve been thinking of a few ways to make the vinyl a worthwhile purchase for people who collect us and vinyl exclusives will of course appear somewhere down the line.

We’re big fans of your minimalist logo, can you tell us a bit about its origins?

Thank you! The logo was done by a guy called Oliver Yorke. I had been busting his chops for a long time trying to get a Mayan themed logo done, and once we’d agreed on it I changed the label name and had a whole other idea for a logo! He’s a really safe guy and extremely patient – so big up Oli. The actual cover art will be done by a guy called Buna who I think is next level. All shall be revealed on that front soon…

There’s a lot of talk about defying genres lately, particularly with regards to this emergent ambient scene. Do you have plans to release any music outside of the 170bpm realm?

Definitely. I don’t feel that this is done enough – particularly with 170 labels. From the start I’d like to show some diversity and not be labelled as a label of any particular genre. Synkro has been supporting some of our 130bpm stuff, and Loxy our 170 – so it feels like we are doing something right so far!

Finally, anything or anyone else you’d like to mention?

I’d like to mention that we have got the 001 release off to mastering today and will hopefully have a confirmed release date in the next week or so. We’re aiming to get it out in March, so please keep following on the FB page and Soundcloud for more info.

Finally big shout to Urban Essence for their time and questions. And massive love to everyone involved and soon to be involved – you know who you are to save me having to list you all!