Auckland-based Ryan Quinlivan is something of a rarity in the 170 scene. A renowned graphic artist contributing diverse, interesting artwork for some of the biggest labels in the scene such as Samurai, Commercial Suicide and V Recordings.

RQ also juggles running his own Dawn imprint – delving into deep, sonic, Sci-Fi soundscapes – with production, boasting an impressive back catalogue of releases on labels such as Auxiliary and Terrain Records. His latest foray into production sees a switch up in style to a stunning, more melodic GLR vibe on Blu Mar Ten‘s BMTM imprint. On the week of release we thought it apt to hit Ryan up to ask about BMT029 and his illustrious career so far…

Artist, producer & label owner are some of the impressive credits that grace your résumé; what led you down each of these distinctive paths?

The design and DJ / Producer paths started at pretty much the same time in the mid 90’s, my friends had opened a club in my home town of Christchurch and I was asked to come up with the logo and also to design the flyers as I was ‘The Arty One’ of the group. I had also been buying loads of Drum & Bass vinyl but had yet to really start mixing (I knew the basics) but they asked if I wanted to play on Wednesday nights to see how it went.

So without a computer or mixer or any real experience of either DJing or designing, I was thrown in at the deep end of both which I suppose in retrospect was a very good way to learn and improve as quickly as possible. Needless to say there were lots of trainwrecks and loads of pretty bad flyers before I found my feet and became at least passable with both mediums.

Producing took a longer time to come in to play and it wasn’t until the early 00’s that I could afford a basic PC set-up and get running with Fruity-Loops and start making D&B. With no pressure on me I took my time with things and as such it was a long time before anything remotely playable came out of my computer, and even longer until I made anything that anyone else was interested in.

Starting a label is something that I’m sure most producers think about at some stage, and as time has gone on it has been made easier (and harder in some respects) to do at a smaller level thanks to the internet and social networking. All the tools are there for everyone, so all you need is a product that people are interested in and a way of connecting with those people, which is of course not as easy as it sounds.

Could I do it? Would it work? How nice can I make it look? Will the music appeal?

I already knew a few of the ins and outs from working with labels over the years, but this is barely a fraction of what is required as I found out. But now that the infrastructure is in place and I am happy with the look and feel of the label, I guess I just keep going until something gives!

Speaking of your unique skill set, how do each of these disciplines influence each other?

They play a massive part with each other, the approach to both (for me) is incredibly analogous. If I am designing something intricate and subtle in Photoshop I slip in to a very similar headspace as when producing. It also follows that tricks and techniques I use in one discipline often find themselves employed in the other… gentle layering, squeezing character out of plain material using over the top techniques, putting in elements that are unnoticeable but somehow contribute to the whole project… things like that. Of course the basic sort of pleasures like balance, flow and feel are omnipresent as well.

Other than the aforementioned talents, do you have any other hidden passions in life?

I love surfing. I don’t do it as much as I would like to recently but I have been at it since the 80’s and at one stage (young, unemployed, fit) I was actually pretty good at it. I have a love of the history of the sport and a deep interest in the design and evolution of the surfboard. I have a reasonable collection of vintage / retro boards that I love spread over two cities and will probably add to in the future given the chance. There is something about surfing that is highly addictive, the combination of peacefulness and adrenaline is quite unique and I am at my happiest sitting out the back on a glassy evening waiting for a wave to come.

Having designed some of the most iconic pieces of cover art in recent times what is your method of creating a piece of artwork to go with a particular sound or concept?

It can go one of three ways…

Follow the brief and bring in your own ideas and style.

Ditch the brief completely and go on instinct.

All three will bear fruit as a good brief can be a joy to follow, but sometimes you do have to go off brief and really think about what you are trying to portray and actually put in a serious bit of work to find the perfect look. As with music, you can noodle about for ages and maybe not get anywhere, but as soon as you strike upon the spark, the element that pulls your thoughts and ideas together… off you go. It can be quite easy from that point, but sometimes it is a real struggle to get there. One thing I have learnt is to always try the random idea that pops in to your head from seemingly nowhere, it can often hold the key to things. 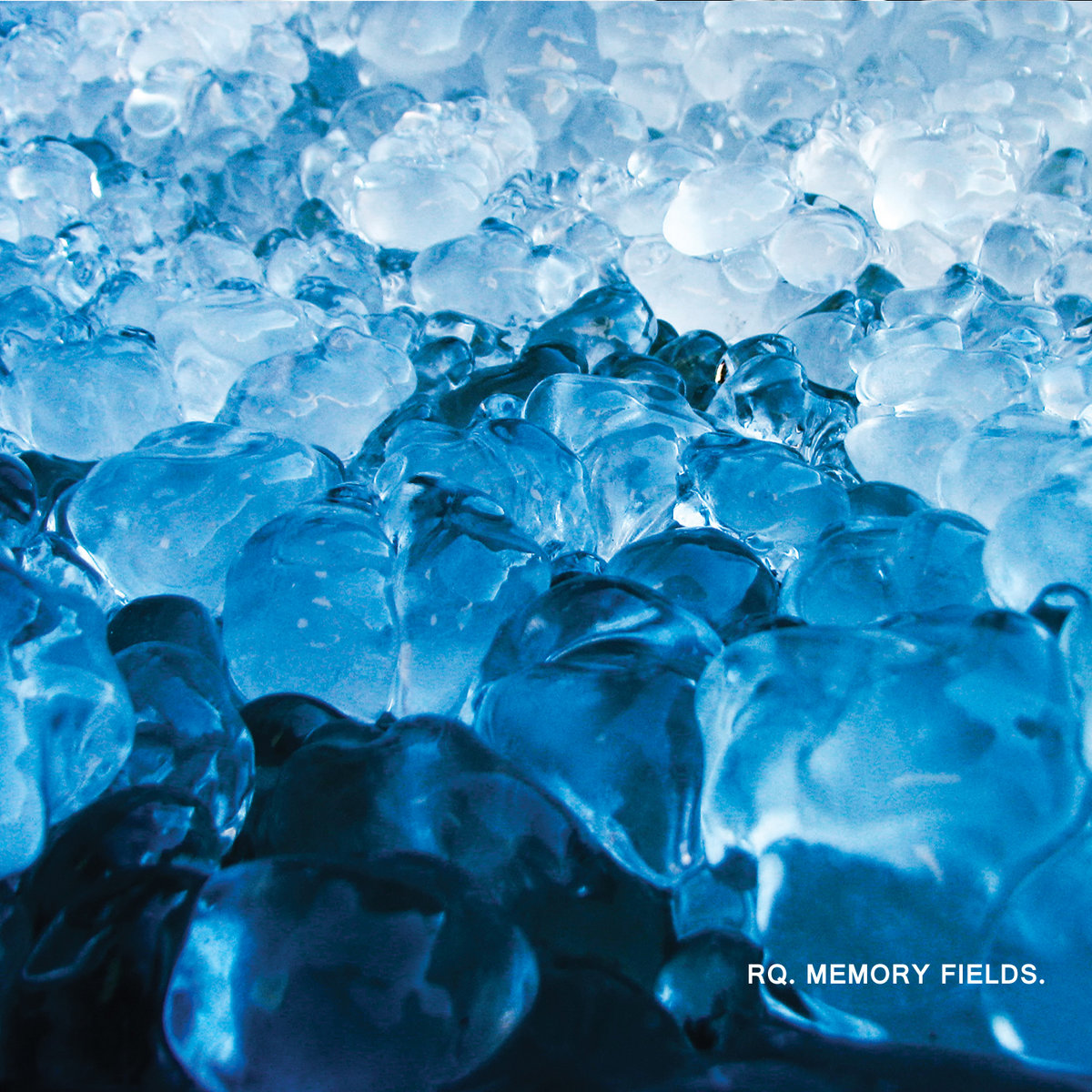 Your latest release on BMTM music sees a departure from the ambient projects to a more funky, melodic GLR vibe. What brought this change in direction on and how did the opportunity to work with BMT come about?

The GLR sound has always been a love of mine, right from the first Logical Progression until now. It was a style I tried to emulate for many years (unsuccessfully) before finally figuring out that doing your own thing is far more beneficial in terms of development. That said, it is a style that is always one sample away from happening whenever I start Cubase. I think I had burnt myself out a bit with the ambient tracks, maybe going back to the well a bit more than I should have because I had been lucky enough to get some traction with it. I was having to really try hard to do stuff that a year earlier had come easily and sounded better, so I had kind of come adrift from my usual ‘go to’ styles. I spent a while working with some other music that I enjoyed (138, 130, 170 style stuff) but things always starting coming back to the very mid 90’s sound that I had the most contact with when I was DJ’ing… Metalheadz, GLR, Creative Source et al. So with those hard-wired influences bubbling up through my love of the Autonomic sound and approach… here we are!

The hook up with BMTM came via the ‘All or Nothing’ remix competition in which my entry came runner up. It was quite different at over ten minutes long and I think that caught a few peoples attention, including the BMT crew. Following on from that I was sending Chris a steady stream of tunes, some good, some not so good, until I sent though a few tunes that resonated with both Chris and the BMTM sound. We had a quick fiddle with the two tunes to be released and went from there. I am very happy with both the tunes and with them being picked up by BMTM, the perfect home for them I reckon.

Your production back catalogue sees quality over quantity reign free with Shimmer/Traces carving its own niche. What can we expect to see in the future for RQ in production terms?

I have been enjoying making more solid D&B style tunes recently, I have actually been thinking about the dance-floor when making some tracks which is unlike me, I’m not sure where that came from, especially after such a long period of producing such minimal ambient tunes. It may have something to do with a recent spate of stripped back stuff wrecking the floor (Loxy, Skeptical, Clarity…) and me thinking that I may have something to contribute to that sound. Obviously ‘Shimmer’ and ‘Traces’ fall outside of that camp, but if I remember rightly they both started as minimal but heavy drum tracks, but they took a turn at some point as they usually do with me and ended a little more loved up.

Dawn has also seen a steady flow of releases since its inception in June last year, what is the ethos behind the label and do you have any information on any forthcoming material?

The ethos I suppose would be simplicity. I don’t want to overcook any aspect of it if possible. Keep it clean, keep it nice and keep that thread of ‘Dawn sound’ running through the releases. It’s a bit vague, even with me, but I know when I have made a tune that is going straight to Dawn. A lot of my material doesn’t fit with any labels, not dancefloor enough, not edgy enough or something… most of my tunes are quite honest and simple, so I really felt I needed an outlet for things that I liked but didn’t really have a home.

As far as upcoming releases, I have DAWN004 pretty much ready to go, a couple of almost jungle-vibed, melodic pieces. I have to go back and re-EQ, re-mixdown and re-master after hearing them on a big mastering studio rig, my bad habits stuck out like the proverbial, so I need to go back in and have a tweak. I also have a massive back catalogue that will be polished up and released on Dawn or as retrospective compilations on my RQ bandcamp that is currently under construction.

Finally, what is the one Urban Essential you cannot live without?

My Laptop… wow. I get twitchy when I don’t have it nearby, which drives my wife nuts. It has EVERYTHING on it, from my design software to my full production suite. I produce 100% ‘in laptop’ with headphones, so without my laptop I am utterly sunk. I am looking to replace my current one as I have completely wrecked it, there are pieces literally falling off it fairly regularly, purely from the amount I use it.

RQ – ‘Shimmer’ / ‘Traces’ is out now on Blu Mar Ten Music. Grab your copy via Beatport.